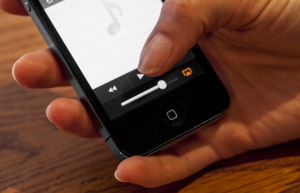 Some of you may hate to admit it, but everybody does it once in a while. We’re talking about singing in the shower. Don’t tell us you’ve never sheepishly caught yourself belting a Mariah Carey classic into a shampoo-bottle microphone.


It might be embarrassing, but it’s certainly a better way to start your day than miserably dragging yourself into work and not talking until after lunchtime. That ten minutes of singing silliness in the shower could make all the difference to your mood for the rest of the day.

So, with this in mind – we’re asking you to embrace those sell out shower gigs that see you performing to a crowd of thousands (in your mind) and to help you, we’ve provided a list of songs that make the ultimate shower anthems.

It’s the tune that everyone loves to hate for its annoyingly optimistic lyrics and the catchy melody that sticks in your head all day. Released initially from the Despicable Me 2 soundtrack album and reaching number one in over twenty countries it went viral and spawned countless tribute videos if you heard it (and who didn’t?) you just couldn’t help but ‘clap along’.

So on a Monday morning when it’s still dark and raining outside, sing this and have a little dance. It’s undoubtedly infectious, and we guarantee that it will put a smile on your face for the rest of the day.

Taylor Swift- Shake It Off

It’s been dubbed an unexpected ‘lad anthem’ that’s seen builders and van drivers everywhere dancing madly whenever it comes on the radio. Swift’s newest release is a musical rebellion against all those who’ve criticised her, for whatever reason, in the past.

So if you’ve ever felt victimised or criticised by similar ‘haters’ to those the song describes, these are the perfect motivational lyrics to set you up for the week ahead- just shake it off and sing it out!

Who could ever forget that video? Miley Cyrus swinging around on a giant metal ball wearing no clothes and crying into the camera understandably generated its fair share of controversy.

She might have undergone a drastic transformation since her Hannah Montana days but, twerking aside, the song delivers a powerful message. It has become a famous break-up anthem and all-round motivator. Give it a try, just leave swinging on a giant wrecking ball to the experts.

John Legend- All of Me

We’ve only had upbeat ones so far, so here’s one for those of you who prefer to belt out a ballad. You’ve probably heard this song countless times if you’ve been watching the latest series of the X-Factor, as it’s been a popular choice for auditions.

Known for his piano playing and his crooner-esque love songs, John Legend’s latest doesn’t disappoint. The song is dedicated to his wife and is the perfect shower-song choice for those of you who like to start your days with a bit of romantic sentimentality.

What Makes You Beautiful – One Direction

Love ‘em or hate ‘em, those cheeky scamps in 1D certainly know how to make a catchy tune and ‘What Makes You Beautiful’ is the most memorable of them all. It’s relentlessly uplifting but short enough not to be annoying.

Plus, if you’re not looking too great, it’s a little bit of reassurance that you’re swell just as you are.

‘Buddy Holly’ is a lovable song by American emo/pop-punk quartet Weezer and is about two lovers who are dissed continuously by ‘homies’, but still love each other anyway. Aww.

This is easily one of the happiest and catchiest songs written, and only the most caffeine-deprived of people would fail to crack a smile upon hearing it.

It’s not ‘Eye of the Tiger’, and it’s not ‘Flying High Now’, but it is the single most inspirational piece of music ever composed for the silver screen. If you just know you’re going to have a rubbish day full of stress, stick this on – you’ll feel ready to take on anything.

A song about the night might not seem the most excellent fit for our wake-up playlist, but we’re more focused on the other important lyric in this song – ‘and party every day’.

This is a song that encourages you to treat every day like a party, and partying is when you’re most awake. So science would suggest that this song is the perfect song to listen to in the morning.

It also has a tremendous hand-clapping bit, which provides good morning exercise.

Everyone loves a bit of Bowie, so choosing just one song to include in our ‘Wake Up playlist’ was very difficult. As it happens, we chose the song that opens with the lyric ‘Wake up, you sleepy head’ because…well, it’s obvious, isn’t it?

This is the perfect morning song, combining a rousing chorus with soft piano. It’s not too taxing or challenging, but it carries enough melody to get your brain working. Just be wary of the fact that this song will be stuck in your head all day, even after just one listen.

Ever start getting ready in the morning and suddenly realise that you could just stop, get back into bed and be done with it? Well, the ever-lively Miley Cyrus has a message for you: ‘don’t’.

You see, ‘We Can’t Stop’, while appearing on the surface to be about a young girl who likes partying a lot, is a message to all of us – don’t give up. Even if it’s hammering it down outside and you’ve got a stressful meeting with the boss scheduled in first thing in the morning.

Because, sometimes, the only way to properly wake up is to have 4 burly Americans screaming ‘MASTER!’ in your face while playing their instruments exceptionally loudly.

Widely regarded as one of the most beautiful songs ever recorded, we’d like to think that a significant chunk of ‘Bohemian Rhapsody’s success can be put down to its suitability as a shower sing-a-long song (and Wayne’s World, maybe).

Starting with a soft, soulful couple of verses, ‘Bohemian’ makes way for a powerful chorus that provides a test for even the most experienced of bathroom singers. The chorus is just the beginning of the challenge, however; just when you’ve hit your vocal stride, ‘Bohemian Rhapsody’ throws a curveball in the form of that bridge, before exploding into a monster riff that requires some serious vocal chops.

The song then closes with a reprise of the softer opening melody, which is the perfect time to wash off suds or rinsing your hair out. Majestic stuff.

I Will Always Love You – Whitney Houston

To be honest, we could probably fill this post with belt-out classics from female divas, with Celine Dion’s ‘My Heart Will Go On’ another potential choice. For sheer vocal power and emotion, however, ‘I Will Always Love You’ just cannot be beaten. From the emotional chorus’ to that weird pitch thing Whitney does with her jaw, through to that final, epic key change, ‘I Will Always Love You’ is a stone cold shower karaoke classic.

Kiss from a Rose – Seal

The soaring high notes of ‘I Will Always Love You’, while a doddle for the veteran female shower singer, aren’t easy to hit for your average male vocalist. Therefore, we include a song that could be considered the male version of Houston’s classic – Seal’s ‘Kiss from a Rose’. A powerful chorus, a delicate verse and infinite opportunities for dramatic air grabs make this a natural choice for singing while you wash.

Another rock classic, ‘Sweet Child O Mine’ follows the same soft-loud dynamic as ‘Bohemian Rhapsody’, except with slightly higher pitched vocals. The opening riff, incidentally, provides the ideal tempo for lathering your hair in shampoo.

Up until the 4 minute mark, ‘Sweet Child O Mine’ is a pretty easy song to sing – you might even get a chance to indulge in some shower air guitaring, which is a real treat. The real test in ‘Sweet Child O Mine’ comes right at the end with the ‘where do we go?’ breakdown. Anyone who can rival Axl Rose’s unique wailing in their shower is bound to receive untold levels of respect – and possibly a noise restraining order.

Power ballads aren’t for everyone; some people would rather spend their time in the shower spraying some bars (that’s rapping to you and me). Unfortunately, without practice, rapping the verse to the vast array of hip hop classics down the years is very difficult, which can lead to undue stress.

Picture the scene: you’ve just had a terrible day at work, your train home was late, and you’re harbouring a burning hatred towards all things. You get into the shower, still seething, ready to explode.

This, our friends, was the reason Motorhead wrote their seminal hit ‘Ace of Spades’, a furious two minute blast of sheer aggression. It’s a scientific fact that even the most stressful of days can be blown away by screaming this song at the top of your lungs, even though it may stress out your neighbours.

How Deep Is Your Love – The Bee Gees

Some would argue that this is technically a song for the bath, as showers aren’t usually measured by depth. Those people, however, cannot appreciate the acoustics a good shower provides, acoustics that accentuates the beautiful harmonies of this Brothers Gibb classic perfectly.

If you’re nervous about going solo and would prefer to have some backing music to sing along to, our Audio-Bluetooth mirrors are a perfect choice. Simply connect your phone, MP3 player or tablet through Bluetooth and blast out your favourite tunes safely while you shower. 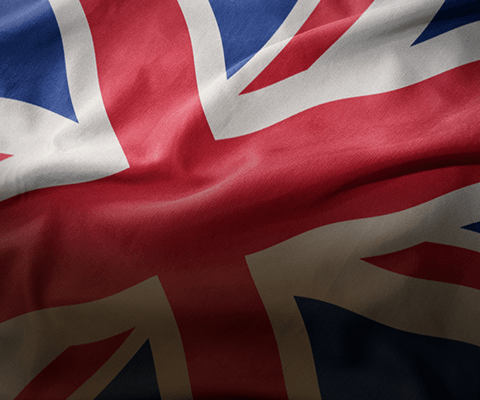 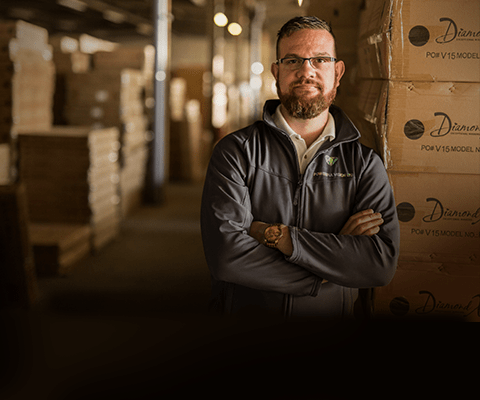